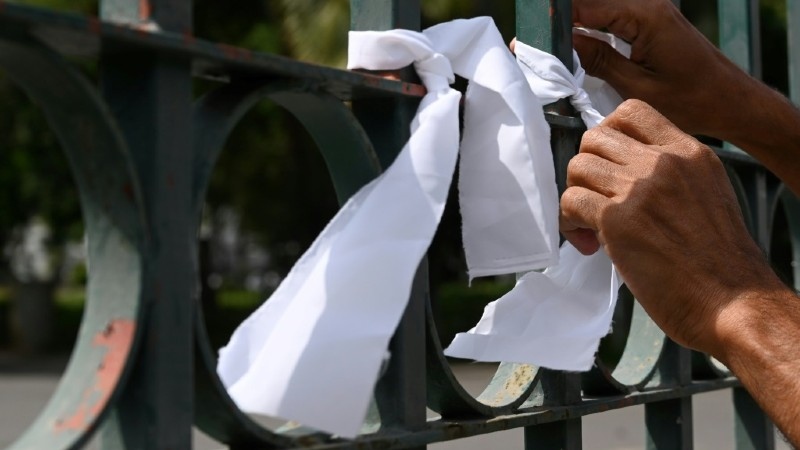 Outrage is mounting in Sri Lanka after at least 15 Muslim coronavirus victims, including a baby, were cremated against family wishes and in contravention of Islamic funeral rites.

Health authorities in Buddhist-majority Sri Lanka insist all victims must be cremated — even if they are Muslims, who traditionally bury their dead facing Mecca.

As local and international protests escalated, neighbouring Maldives said it was considering a request to bury Sri Lankan Muslims in the archipelago.

The 57-member Organisation of Islamic Cooperation expressed concern over the cremation order and called for Sri Lankan Muslims to be allowed to bury family members in line with their religious beliefs.

“Against this practice, forbidden under Islam, the OIC calls for respect to funeral rites in the Islamic faith,” it said in a statement.

The cremation order issued in April came amid alarm raised by influential Buddhist monks that burying bodies could contaminate groundwater and spread the virus.

After the families of 19 Muslims refused to claim the bodies of relatives from a Colombo morgue, last week, the attorney general ordered their remains cremated.

So far at least 15 have been — including a 20-day-old baby named Shaykh and despite the pleas of his parents.

The family said they were bullied into agreeing to a cremation, but when they stood their ground the authorities conducted a forced cremation without the participation of any relative.

The image of a sleeping baby Shaykh has become a symbol for what Sri Lanka’s Muslim community as well as moderates consider cruel and inhuman treatment of the Muslim coronavirus victims.

“I am beyond disgusted and heartbroken! How much more cruelty and barbarity must we endure?! #StopForcedCremations,” Moulana said on Twitter while sharing a photo of the infant.

Over the weekend members of the public tied thousands of white ribbons to the gates of the cemetery housing the crematorium, which authorities removed on Monday morning.

This added to the dismay online.

“The ghouls of Kanatte (cemetery) have removed overnight the white handkerchiefs tied in memory of the infant who was cremated forcibly against the wishes of the parents,” former foreign minister Mangala Samaraweera said on Twitter.

The island nation has experienced a surge in Covid-19 cases since October, with the number of infections increasing almost 10-fold to total more than 32,790 cases and 152 deaths.

According to the Sri Lanka Muslim Council, a majority of the country’s coronavirus victims follow Islam despite them making up just 10 percent of the 21 million population.

Council spokesman Hilmy Ahamed said Muslims feared seeking medical help as they did not want to be cremated if they died.

The World Health Organization also says burials should be permitted if carried out with precautions.

There have been ongoing tensions between Muslims and the majority Sinhalese — who are mostly Buddhists — since the deadly 2019 Easter bombings carried out by local jihadists.

The Barron’s news department was not involved in the creation of the content above. This story was produced by AFP. For more information go to AFP.com.
© Agence France-Presse

Disclaimer: Anger Grows In Sri Lanka Over Forced Muslim Virus Cremations Amal JAYASINGHE - Views expressed by writers in this section are their own and do not necessarily reflect Latheefarook.com point-of-view