Skip to content
ASIA
Spread the love
China is asserting its interests in Iran, Israel and elsewhere as the Biden administration bumbles in its first approaches to the region 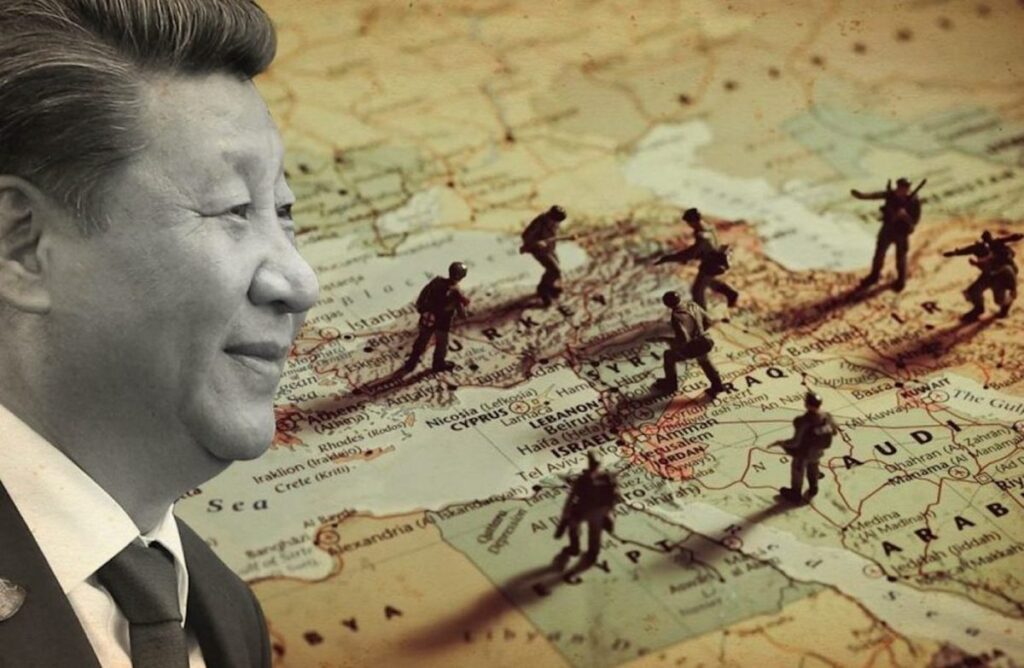 American influence is fragile in several key Eurasian nodal points and China has the capacity to hurt the United States in retaliation for American efforts to build an alliance to contain it.

China’s rhetoric has been harsh in recent weeks and it appears ready to back up the rhetoric with tough actions.

On Saturday (March 28), China and Iran formally signed a “Comprehensive Strategic Partnership” agreement that promises to chart the two sides’ economic, political and trade relations over the next 25 years, Iranian state media reported.

“The document can elevate bilateral ties to a new strategic level,” Foreign Ministry Spokesman Saeed Khatibzadeh said in a televised interview. The agreement, which had been in the works since 2016 and comes while both sides face US sanctions, will boost private sector ties including through China’s Belt and Road Initiative, he said.

When the proposed deal first was floated in August 2020, I wrote, “The prospect of a deal with Iran is a move on a global game board in response to American efforts to hinder China’s breakout as a technological superpower.”

A significant Sino-Iranian investment deal had long been rumored, and it is probably not a coincidence that Chinese Foreign Minister Wang Yi arrived in Tehran to sign it a week after the acrimonious exchange at the Anchorage ministerial meeting between the US and China.

China has sent a clear signal to the Biden administration that its plans for reviving the Iran nuclear deal as well as its ability to put economic pressure on Iran depend on China’s cooperation.

As I wrote Feb. 4 (“A Pax Sinica Takes Shape in the Middle East”), Chinese analysts hailed the January 13 meeting between Pakistani and Turkish foreign ministers as the beginning of a regional entente, adding, “Iran has no choice but to find a way to join the Turkish-Pakistani camp.”

In public comments, Chinese military analysts have projected a Turkish-Iranian-Pakistani agreement under Chinese influence, including 300 million inhabitants and most of the Muslim world’s technically qualified workforce.

An important Chinese objective is to discourage India from cooperating with the American-sponsored “Quad” (with Australia and Japan) to contain China. If Iran orients towards a Turkish-Pakistani entente, as Chinese strategists project, India will be isolated. India has tried to improve relations with Shiite Iran as a counterweight to Sunni Pakistan.

China has already increased its imports of Iranian oil substantially by re-flagging the shipments as Malaysian or other imports, according to news reports. Last year Chinese imports from Iran fell to close to zero. Evidently, Beijing decided to improve its ties with Tehran months ago.

Turkey, meanwhile, has become more dependent on China as its currency weakens and the country runs short of foreign exchange.

The country’s volatile President Recep Tayyip Erdogan fired the country’s central bank governor earlier this month, and the Turkish lira has lost about 10% of its value as a result.

On March 26, news services reported that a consortium of Chinese banks was prepared to lend US$2.3 billion to Turkey to advance a stalled bridge and toll road project in Istanbul, by far the largest financial commitment that China has made to Turkey.

China’s prospective financial help comes at a moment of extreme delicacy in US-Turkish relations. The Biden administration transferred its peace negotiations with Afghanistan’s Taliban from the Qatari capital of Doha to Ankara, in the hope that Turkey’s Islamist regime would be more helpful.

The Biden administration is under pressure to remove American troops from Afghanistan; the Trump administration promised in a deal with the Taliban a full withdrawal by May.

Der Spiegel, Germany’s largest news site, reported that Berlin, which has the second-largest contingent of NATO troops in Afghanistan, was livid at the American move to shift talks from Qatar to Turkey, about which German officials first learned from news media.

Turkey now wants to postpone the first meeting with the Afghan government and the Taliban from April to May, apparently to put pressure on Washington. Turkey has a number of demands from Washington, ranging from American objections to Turkey’s purchase of the Russian S-400 air defense system to a federal prosecution of Turkey’s Halkbank for alleged violation of sanctions on Iran.

In a separate development, China has proposed a Beijing conference including Israeli and Palestinian representatives, asserting a Chinese role in Israeli-Palestinian negotiations. Beijing in the past kept a low profile on that issue and the proposed conference denotes a new assertiveness.

China’s emerging iron first in the Middle East may be all the more damaging given the Biden team’s bumbling.

The new administration’s first engagement with India took the form of a threat of sanctions over India’s proposed purchase of a Russian air defense system. The threat was delivered last week by visiting Defense Secretary Lloyd Austin, “the guy who runs that outfit over there,” in President Biden’s job description.

Biden, meanwhile, denounced Russian President Vladimir Putin as a “killer without a soul”, the most egregious insult on record by one head of state to another outside of wartime. China and Russia are coordinating policy against the US.

As China’s Foreign Minister Wang reproached his American colleagues at Anchorage, when the US speaks of a rules-based international order, what China hears is a justification for the arbitrary use of American force.

“We do not believe in invading through the use of force, or to topple other regimes through various means, or to massacre the people of other countries because all of those would only cause turmoil and instability in this world. And at the end of the day, all of those would not serve the United States well,” Wang said.

China can play rough as well.

Disclaimer: China shows it too can play rough in the Middle East By SPENGLER (DAVID P. GOLDMAN) - Views expressed by writers in this section are their own and do not necessarily reflect Latheefarook.com point-of-view