Barely two months after destroying Gaza and committing genocide on its oppressed and brutalized Palestinians, had Israelis who turned peaceful Middle East into a killing field, have now turned their designs on Masjid Al Aqsa.

Unarmed and helpless Palestinians are bravely facing the barbarity of Israel – an entity of   violent settler Jewish extremists planted by Britain and promoted by United States in violation of all accepted legal and moral principles in the robbed Palestinians lands.

On Thursday 23 October 2014 Israel, as part of conspiracy against Masjid Al Aqsa, allowed a group of Jewish extremist settlers known as ‘Students for the Temple Mount’ to break into Al-Aqsa Mosque from the Mughrabi Gate, under Israeli police guards’ protection.

On the following day, Friday 24 October 2014, Israeli police deployed 1,000 troops and erected roadblocks in Jerusalem’s Old City ahead of the weekly Friday prayers. Male worshippers under 50 were banned from performing prayers in the mosque while Jewish settlers were allowed free access into the holy site. Scores of Palestinians were injured in subsequent clashes with Israeli forces.

Palestinian worshipers present at Al-Aqsa compound were ready to prevent any settler from entering the compound to perform provocative religious prayers and Talmudic rituals.

The Old City of Jerusalem and the surrounding neighborhoods continue to witness mounting tension following several incidents which left a number of deaths, injuries and damage to residents’ property and land, including the Silwan apartments’ take over by settlers, the car crash and the brutal murder of teenager Abu Khudair.

Palestinians and Muslims at large fear a recurrence of what has already happened in Hebron, where the Israelis decide who is allowed to enter the Ibrahimi mosque to pray, splitting the time for prayers in the same location between Jews and Muslims.

The Ibrahimi mosque is the location where the faithful Muslims, Christians and Jews, believe that Father Abraham lies.

Israel’s parliament is to restart a highly contentious discussion on dividing the Al-Aqsa Mosque between Muslims and illegal Jewish settlers this month. The discussions follow Jewish demands to pray and perform Talmudic rituals at the Al-Aqsa Mosque which, though under Israeli occupation, is administered by an Islamic Waqf under the Jordanian government.

In February, the Knesset held an inflammatory debate in which Israeli extremist politicians pushed forward the idea that Israel should have sovereignty over the site.

“These debates reveal Israeli intentions to divide al-Aqsa, despite Israeli claims that the site is not under threat. They are indicative of the stealth policies against Palestinians to eradicate their historic, national and religious heritage from the Occupied Territories,” said Shamiul Joarder, Head of Public Affairs at Friends of Al Aqsa-FOA

According to a FOA report “The danger to Masjid Al-Aqsa is real and present. Right-wing extremist Jewish settlers have continually been storming the compound under the protection of the Israeli army and police during Jewish holidays—especially in the last few weeks. Talks of destroying the mosque are becoming more and more vociferous in Israeli society,” said Joarder. 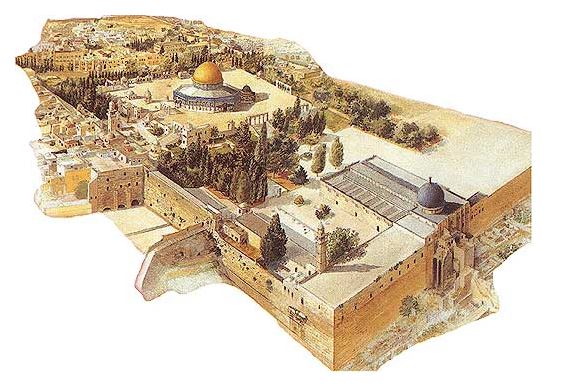 This is not something new. The Zionist Jews have been desecrating Masjid Al Aqsa starting from the time of the British mandatory rule. A group of Jewish extremists, with the help of the British army, broke into the Al-Aqsa complex on 20 August 1929 and took control of the western area, including Al-Buraq Wall (now referred to as the Wailing Wall by the Jews). Within 15 days, 338 Palestinians died in their effort to thwart the Zionists’ plan. In June 1967 the Zionists entered Haram As-Sharif in tanks, seized the key of Al-Magharibah Gate and took control of the city’s eastern side, including Al-Aqsa Mosque. In 1970, the Israelis commenced intensive excavations directly beneath Masjid Al Aqsa on the southern and western sides. In 1977 digging continued and a large tunnel was opened below the women’s prayer area and a new tunnel was dug under the mosque, going east to west in 1979.

These activities continue unabated while the Muslims worldwide remain indifferent.

Now the question is where are the Muslims worldwide? Muslims proudly call themselves that they are around 1.5 billion in the world population. No statements, no condemnation, no demonstration or any such activities demonstrating their anger and opposition at Israeli barbarity.

There are 22 Arab countries created   in the aftermath of the World War 1 by British led European imperial powers after defeating the Turkish Ottoman Empire which ruled Middle East for centuries as one of its provinces. These puppet rulers are obedient servants of the West which is all out to crush any signs of rise of Islam.

These countries have their own armed forces and   spend billions on purchasing weapons from US and Europe. The Six oil rich GCC countries, according to Al Jazeera Television, alone have purchased weapons to the value of 100 billion us dollars.

However they will not lift a finger to liberate Al Aqsa from Zionist occupation or help the Palestinians   who are defending   Masjid Al Aqsa and the rights and dignity of the Muslims worldwide with their bare hands. In fact one cannot expect any response from the Arab dictators who depend on their Israeli controlled US masters for the survival of their oppressive and anti people regimes.

Their silence in the face of Zionist Jewish barbarism on Palestinians in Jerusalem showed their indifference. This is the lowest depth to which the present generation of Muslims   ruled by oppressive regimes, have descended to.

However there is some solace. Our beloved Prophet Muhammad (pbuh) said that “There will be a group from my ummah that will always be on the true and righteous path. They will overcome their enemies and will not be transgressed against unless suffering befalls them, until Allah’s help comes and they return to their normal state”. The companions asked: Where do they live, oh Rasulullah?   The Prophet replied: “In Jerusalem and the surrounding areas” (reported by Ahmad).

Allah has chosen the Palestinian people to be the ones to protect Al-Aqsa. They have sacrificed everything, including their lives, wealth, family, children and their whole world in order to defend our holy land. They have given everything for Allah and when they meet Him; their responsibility will have been fulfilled.

The question is what contribution the rest of the Muslims worldwide are making to save Al-Aqsa?

There are many steps Muslims can take to show solidarity with their Palestinian brothers and sisters to protest the Zionist occupation of their land and the sufferings inflicted upon them. The main thing is for us to propagate the cause by denouncing the oppression and use all available resources to help the brutalized Palestinians morally and financially. 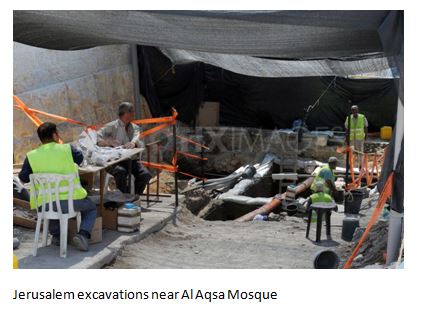 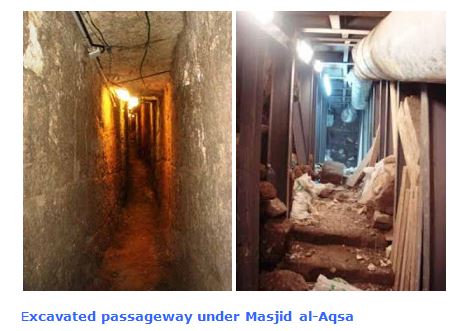 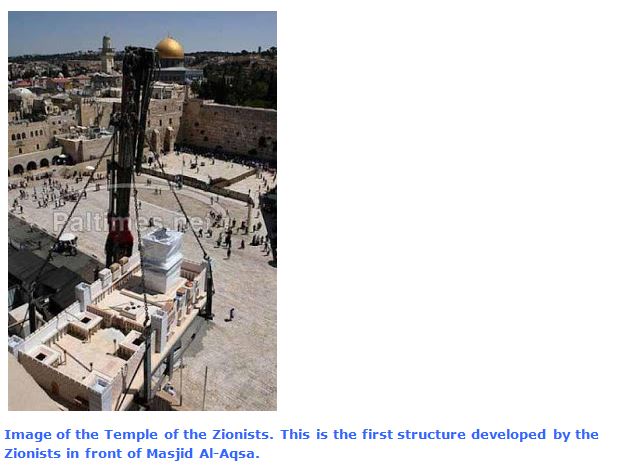 Where are the 1.5 billion Muslims worldwide? - Views expressed by writers in this section are their own and do not necessarily reflect Latheefarook.com point-of-view