A press conference organised by a group of university academics yesterday called for the release of Hejaaz Hizbullah and Ahnaf Jazeem. At the press conference a statement signed by over 90 academics affiliated to the State university system was released. The statement highlights a number of concerns we have with regard to the arrest and continued detention of Hizbullah and Jazeem and the anti-democratic actions that are taking place in general in the country.

Here is the full statement:

Decades of majoritarian politics, and the more recent descent towards authoritarianism and militarisation, have eroded the foundations of our democracy. They have numbed us to the violence in our daily lives and

desensitised us to how sections of our citizenry are targeted. Over a year has passed since Hejaaz Hizbullah and Ahnaf Jazeem were arrested, and they remain imprisoned to date.

On April 14, 2020, human rights and constitutional lawyer Hizbullah was arrested by the Criminal Investigation Department (CID) and detained under Section 9 of the Prevention of Terrorism Act (PTA) for over 10 months. At the time of arrest, his alleged crimes were “aiding and abetting” one of the Easter Sunday bombers. It later transpired that he represented the family in two land cases. He is now being charged with speech related offences under Section 2(1)(h) of the Prevention of Terrorism Act (PTA) and Section 3(1) of the International Covenant on Civil and Political Rights (ICCPR) Act. These are based on statements made by minors to the CID, which the children maintain they were coerced and threatened to make.

On May 16, 2020, the Police Counter Terrorism Investigation Division (CTID) arrested Jazeem, a poet and teacher from Mannar, on allegations that his book Navarasam contained “extremist ideas” and that he taught “extremism” to students. A review of the poems by an “expert panel” of psychiatrists, some with university affiliations, makes vague claims about the potential of the book to incite violence, hatred, and suicidal thoughts. Their report fails to provide the basis or justification for these judgments and even says that there were two discrepant sets of translations (Sinhala and English from the original Tamil) at their disposal, which fact should have called the entire operation into question. Contrary to the allegations of the CTID, recent translations reveal that the poems were deeply critical of violence.

Hizbullah’s arrest and continued detention is an attack on the rights of lawyers and the rule of law. Jazeem’s arrest and continued detention without charge represents, in addition, an attack on the freedom of expression and pluralism, and a broader war on ideas. As can be seen from the progress of the two cases, the rights of Hizbullah and Jazeem have been clearly violated, and questionable tactics have been and continue to be used to manufacture the cases against them. In custody, their basic needs for health and safety have been neglected.

The incarceration of Hizbullah and Jazeem occurs in the backdrop of highly organised anti-Muslim mobilisations designed to stigmatise and isolate Muslim communities. Violence and intimidation continue, bolstered by the Government’s complicity in these acts in the name of “national security”. In March 2021, the Minister of Public Security announced plans to shut down 1,000 madrasa schools and ban the burqa. A month later, the Cabinet approved the ban on all forms of face veils in public spaces, and, in May, the Deputy Director of Customs announced that any Islamic religious texts brought to the country must be cleared by the Ministry of Defence. These actions further criminalise one for being Muslim and are an assault on our democratic freedoms.

Anti-Muslim sentiments guide the State COVID-19 response as well. Last year, at the height of the pandemic, the Ministry of Health adopted a mandatory cremation policy for the COVID dead, despite WHO guidelines to the contrary. The policy was backed by “experts,” including those from universities, citing unsubstantiated public health concerns, with crass disregard for the strongly followed religious tradition among Muslims of burying their dead. Today, burials are permitted, but restricted to a Muslim-populated area – Ottamavadi, Batticaloa – signalling that only Muslims must contend with the albeit unlikely threat from their dead. The burial issue was only one of the more flagrant of attempts to weaponise the pandemic against Muslims. The State machinery, through statements and actions of doctors, PHIs, politicians, military personnel, and State-controlled media pushed a narrative of Muslims as super-spreaders.

These trends are not new. They are a continuation of heightened violence against Muslims that spans a decade. Starting in 2012, organised attacks on mosques and demonstrations against Muslims, including an anti-Halal campaign, culminated in horrific acts of violence, including the Aluthgama and Digana riots. In parallel, highly politicised campaigns have targeted Muslim individuals; for instance, Dr. Shafi Shihabdeen was arrested on false allegations of forced sterilisation, and activist Ramzy Razeek was detained for condemning the anti-Muslim witch-hunt post-Easter Sunday bombings. Unlike the zeal with which these cases are pursued, State institutions responsible for ensuring public safety have failed to prevent anti-Muslim violence, and no one has been held accountable so far.

The targeting of Muslims occurs in a context of increasing authoritarianism and militarisation which have served to weaken democratic institutions. We have witnessed the remanding of former CID Director Shani Abeysekera, who had investigated high-ranking officials and politicians, author Shaktika Sathkumara, for purportedly anti-Buddhist writings, and many others. The PTA is wielded as a tool of politicisation and arbitrary power, alongside the Emergency Regulations and the ICCPR Act. They are deployed in majoritarian campaigns against minorities, to attack those opposed to the regime in power, and crush dissent, casting doubt on State institutions and the judicial system.

Academics are mandated to exercise and safeguard free speech and expected to confront and question the excesses of those in power. As members of public higher educational institutions, we must support and amplify the voices of the marginalised. Having learned from the devastation caused by uneven justice, majoritarian politics, and racist rhetoric, and knowing the insecurity and fear that some of our citizens live with on a daily basis, we must resist these attacks. We believe that allowing these actions to continue with impunity implicates us all.

We, the undersigned, as members of the academic community, demand the immediate release of both Hizbullah and Jazeem, and call attention to the fact that their arrests have taken place in a context of unrelenting anti-Muslim mobilisations that are tearing our social fabric apart. We are deeply worried about the continuing deterioration of the criminal justice system and the institutional decay it more broadly signals, as these developments are also symptomatic of a gradual hollowing out of the democratic bases of society. We, therefore, call for a halt to undemocratic actions by government actors, a repeal of the PTA and other laws that are contrary to the principles of democracy, and ask that the public demand accountability. Finally, we call on the greater academic community to broaden this struggle to ensure that we fulfil our mandate and exercise our academic freedom in the pursuit of democracy and justice 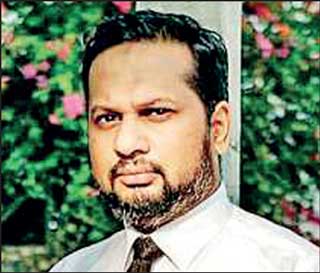 Disclaimer: A call to action against detention of Hejaaz and Ahnaf, anti-Muslim violence and attacks on democracy - Views expressed by writers in this section are their own and do not necessarily reflect Latheefarook.com point-of-view